Meg has a J.D. in Urban, Land Use and Environmental Law. She focuses on maintaining the balance of community and environmental health, healthy lifestyles, and encouraging sustainable living.

The Fiji Islands are home to many fantastic resorts and beautiful beaches. There are a million things to do while there, and the people are unbelievably friendly. As a history major in undergrad, I am always curious how a place becomes what it is. What makes the people the way they are. Why things are as they seem. We learned a little more about Fiji our second trip around, and there are a few things I find particularly fascinating. 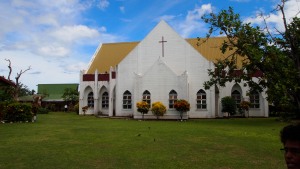 The first thing you will notice in Fiji is that there are two dominant ethnicities: native Fijian (who are primarily Christian/Methodist), and Indian (primarily Hindu). There are also a number of people of Tongan descent, also from an island in the South Pacific, but Fijian and Indian are the prominent ethnicities.

During one of our tours to a village up in the hills, we passed many sugar cane fields along the way. This has become Fiji’s primary agricultural product over the last 150 years. Apparently, before sugar cane, there were many different crops that the Fijian people tried to grow unsuccessfully on a large-scale. When the British 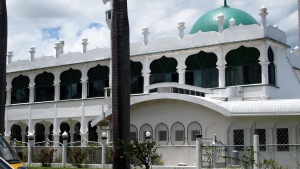 began occupation of Fiji in the 1870s, they found sugar cane took well to Fijian soil. The only problem was that the Fijian people were not familiar with sugar cane, and they had no idea how to grow is well. In 1879, the British brought thousands of workers from India to spend a decade in Fiji building the sugar cane industry. At the end of their 10-year contracts, only one out of every 10 Indian workers wanted to leave, and thus developed a new local population. Today, Native Fijians make up about 50% of the population, and Indians account for roughly 45%. The rest are those of us from the States, New Zealand, Australia, etc. who love Fiji so much, we just decided we want to live there. (Obviously, I’m not in that category yet. I just love it so much, I feel like I should be!)

Sugar cane continues to be Fiji’s #1 agricultural product. The only greater industry for Fiji’s economy is tourism. 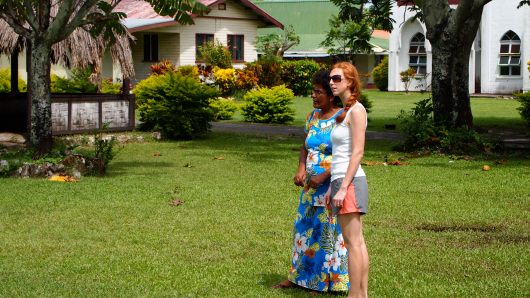 Another fascinating thing we learned about Fiji is that is used to be known as the “Cannibal Isles” because many of the tribes practiced cannibalism. This was many years ago, of course, but something I had not actually thought about existing in the last few hundred years. Circa 1867 was supposedly the last act of cannibalism in Fiji. It was a time-honored tradition, where tribes would eat their enemies during times of war. The Chief, or “Ratu,” would eat the enemies’ brains to gain knowledge. The warriors would eat the enemies’ muscles to gain strength. The last act supposedly occurred when an English missionary and his caravan of Fijian methodists met the Chief of a small village. The missionary touched the Chief’s head. Apparently, this was not okay, because the tribe then killed the missionary, along with his Fijian followers, and the tribe ate them in response to what they considered an act of war. 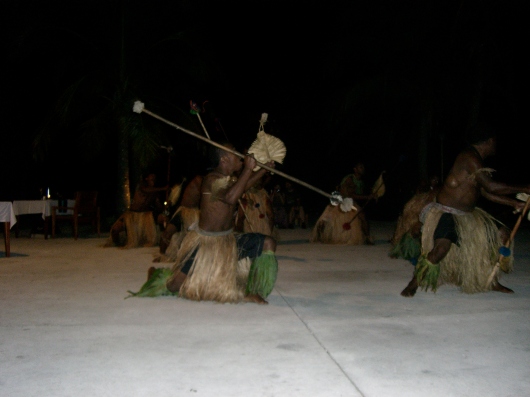 I wonder whether this was actually the last time cannibalism was practiced in Fiji, or whether it was simply the last to be documented. My husband points out that cultural and religious traditions do not die easily, that people often continue to practice their beliefs even after they are encouraged (or ordered) not to. I wonder if that piece of Fiji’s cannibal history is part of the reason the people are so much the opposite today. Every single Fijian person I’ve met is very welcoming to outsiders. I don’t think I’ve ever even seen a Fijian in a bad mood. Perhaps in modern times, the Fijians all grew together in a way. With transportation and communication so easily accessible, they could have grown into a common understanding and a common community, even if they each come from a different village. 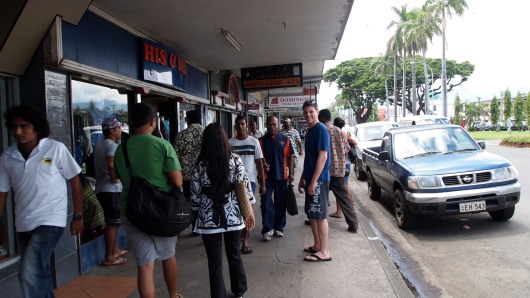 The more I learn about Fiji’s history, the more I want to learn! It truly is a beautiful place, and the history only adds to the adventure. I look forward to learning more in the future.

3 responses to “The Islands of Fiji: a small piece of Fijian history”