Terry and I are home.  We had a wonderful week.  Terry wanted me to ask you to guess where we went, based on that which has long identified this island nation: old U.S. made cars.  More particularly, cars from the 50’s and into 1960 just a smidge.  Visiting this nation is truly like taking a step–well several steps–back in time! 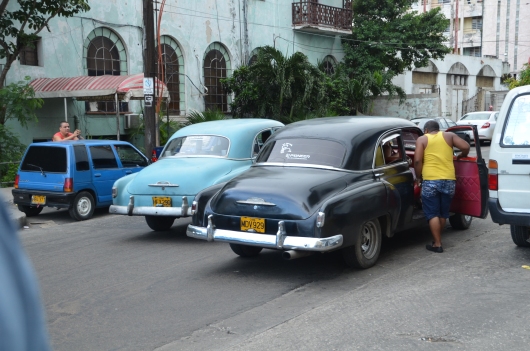 You will find Chevrolets, Buick’s and Fords serving as taxis standing in front of tourist hotels and in the yards of farmers who have inherited them from their parents. 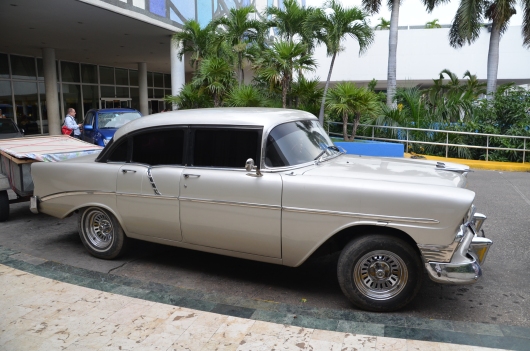 These ageless automobiles are generally filled with passengers.  No seat is left vacant.  Gasoline is far too precious to assume that anyone would drive alone for long. 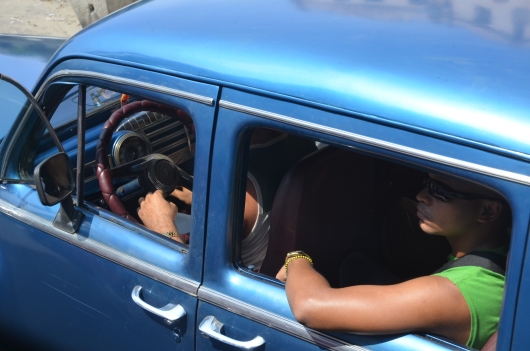 But U.S. made automobiles aren’t the only means of transportation–there are horse and oxen drawn carts; as well as Chinese, Korean and Soviet Block cars. 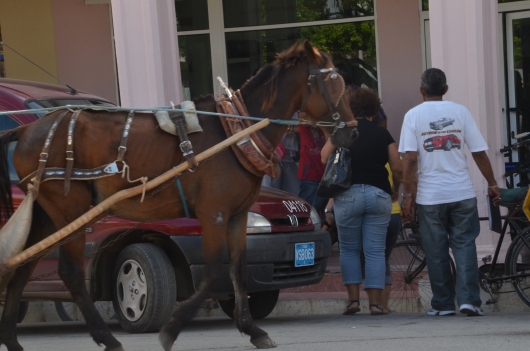 Years ago the Chinese apparently provided a bicycle for nearly every resident of the island.  They are rarely seen in the cities.  They are everywhere in the countryside.  At least as important, these bicycles, old motorcycles and wagons have been altered into shapes and combinations never anticipated by their manufacturers. 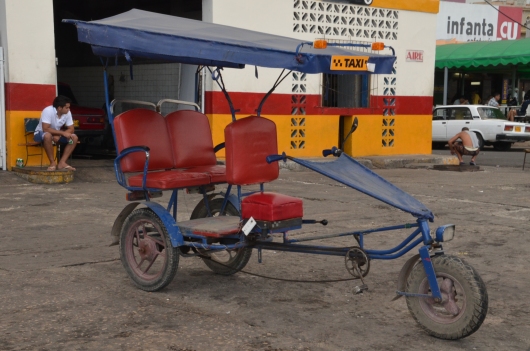 Somehow, the horses, oxen, antiques automobiles all seem to share the road in harmony.  Can you guess the country where we visited?  Of course you can.  But I will share more about our experiences in my next post.

One response to “Where old cars and young horses collide”