This was a busy weekend for our family.  Meg was in Kansas City for a wedding (more to come), Laura and Michel were in Warsaw, Poland and Terry and I were in his hometown, visiting Christina and his family.

Springtown, Texas, has a population pushing toward 3300 people in the city limits and over 7000 in the metro area.  Terry’s family has lived here since about 1900, so his family roots are deep in the soil.  His parents were successful dairy farmers.  His parents, Finis and Vivian, seem to have been involved in nearly every organization in town. There is even a street named after them, it runs right in front of his family home, where his sister Mary now lives.

Situated just 1/2 hour from Fort Worth, it seems a world apart. It is easy to joke about rural Texas, where the names Poolville (ignore the “l” and soften the “v”), Hickey Hollar and Azle roll easily off the tongue. But residents of Springtown are anything but unsophisticated. Underestimate them at your peril.  This is cattle country.  Everything associated with cattle is important: birthing, feeding, watering and sale.

This is also natural gas country.  Everything associated with natural gas is also important: contracts, easements and the related challenge.  Heavy pipes are buried to move natural gas from Oklahoma and Texas for processing. Water for fracking ( the process of drilling and injecting water into the ground at high pressure to release natural gas) moves through small above ground pipes from Eagle Mountain Lake some 10 to 15 miles away to the gas fields in Springtown.  Storage tanks and sound baffles are a visual distraction. The dust and noise from the constant movement of heavy trucks to and from the construction sites fill the air.

Financial security is measured not only in natural gas and cattle, but in land. Ancient fence lines reflect property boundaries but are also important to the movement of cattle from grazing field to grazing field, separating cattle from horses, and sometimes separating garden plots from everything else. 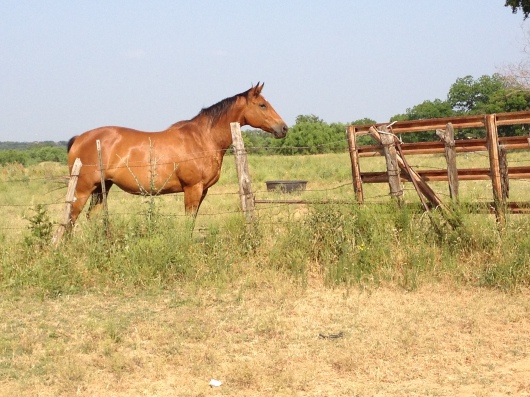 For a city slicker like myself, it is easy to assume that farm life is “easier” than city life.  That is simply not true.  There is a combination of intelligence, hard work and back braking labor.  Farm tractors and trucks cost more than most automobiles and there are more of them! 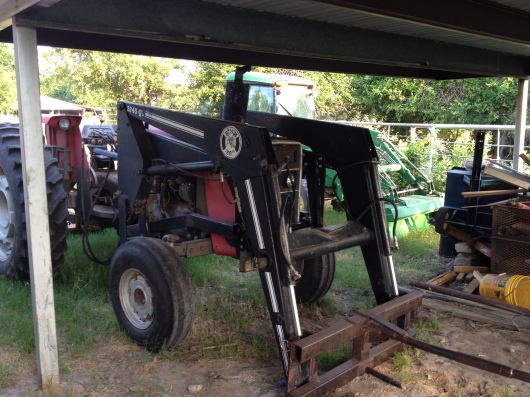 At the end of the day the conversation includes all of things I would hear at any dinner table.  We talk about national and local politics.  But there is also discussion about feed prices, whether natural gas prices are up or down, whether there will be enough water to last the season.

But fear not, there is precious time for fun.  There is more than enough work to go around, but the food, hospitality and fun are worth the price of admission.

Oh, and did I forget to talk about the snake.  I was in the middle of the street, thinking that was safe from nature’s viler creatures, talking to Meg on my cell when suddenly I became aware that the black streak less than 6 feet from me, in the middle of the road was not tar, but a long motionless snake.  On telling my tale to Maurine and requesting assurance that it probably wasn’t dangerous, she just suggested that she tries really hard to stay away from snakes!

Have a great week.