A good place to start a discussion of Madeleine Albright’s book, The Mighty and the Almighty, is at the beginning.  For purposes of this post, a better place to start is page 16, page 44 in my e-book.  Here she begins her exploration of the religious differences of the earliest colonies.  This precedes  her exploration of the role of faith in the formation of our nation, the United States of America.  While much of my commentary is based directly on The Mighty and the Almighty, I explored some of her references to understand a little more indepth (I know, it is only a post!) the issues she raised.

Differences in Faith in Colonial America

U.S. History 101 teaches us that the Pilgrims came to the New World to

escape persecution in Europe and to build better lives.  Secretary Albright focuses on the way the patterns of that migration, and the related early religious conflicts, impacted the development of the colonies.  It is apparent that the English, Dutch, Spanish, French and other colonists brought with them differing views of religion and that their beliefs, and the conflicts among them concerning their beliefs, helped shape the political landscape then and now.

1) The Puritans arrived in the New World fleeing religious persecution in England.  John Winthrop, Governor of the Massachusetts Bay Colony, left England in hopes of building a community that would be a model for “how to live a righteous life,” “escape God’s judgment on the corrupt churches of Europe” and find a refuge from poverty and overpopulation in England while spreading the gospel.   Despite persecution by Anglicans in England, his Puritan colony determined to exclude from full citizenship in their community all but a select view within their own faith.

2) Roger Williams was a theologian in England. Ordained into the Anglican church, he became a Puritan at Cambridge.  Forced out of England, he settled briefly in the Massachusetts Bay Colony.  In 1636 he established Providence Plantation after being banished by

the Puritans from Salem/Boston.  His transgression, in the eyes of the leaders of that community, was to oppose taking the lands of Native Americans without compensation and advocating for the separation of church and religious functions. He opposed slavery and advocated for freedom of religion for all groups–Jews, Papists and Mohammedans.  He specifically said about the treatment of Jews elsewhere “for whose hard measure, I fear, the nations and England hath yet a score to pay”.  Like-minded settlers and minority groups, joined him in Rhode Island where they found a safe haven.  (This is important to me because my ancestor, John Lewis, was a founder of Westerly, Rhode Island, formed in 1661.)  Williams is said to have established the first Baptist Congregation in the colonies.  Williams renounced the practice of taking land by force from Native Americans and, instead, entered treaties with them.

3) Reverend Thomas Hooker, a popular Puritan preacher, founded the Hartford Settlement in 1636.  He first came into conflict with other Puritan leaders when he opposed the decision of the Massachusetts Bay Colony to limit voting rights to an elite group within the Puritan faith. He drafted portions of Connecticut’s Constitution which declared the “God given” right of people to pick their own leaders.  On May 31, 1638, he presented a sermon in which he espoused the belief that “the foundation of authority is laid in the free consent of the people” and declared that “God has given us liberty, let us take it.” He also attracted followers who settled portions of Connecticut.

4) William Penn, was born Anglican.  He became a member of the Society of Friends (Quaker) at age 22.  He was imprisoned in England for his beliefs, eventually relocated to the colonies, after authoring a “charter of liberties” for Burlington Settlement in New Jersey. The charter guaranteed free and fair trial by jury, freedom of religion, freedom from unjust imprisonment and free elections. He eventually settled in Pennsylvania Province where he drafted a“Frame of Government” that addressed such rights as freedom of worship, trial by jury, free election, fair trial and fair taxes.  In addition to Quakers, the province attracted Amish, Jews, Huguenots, Mennonites and others. Penn, like Williams, befriended the Native Americans and bought his lands from them rather than taking land by force.

6) While not part of the original 13 colonies, and not a focus of Secretary Albright’s book, 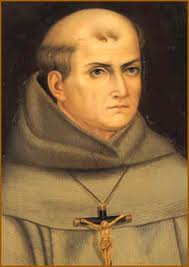 Catholics colonized the Southern states and California beginning with the founding of missions in the late 1400s Spanish missionaries and by French traders as early as the late 1600s.  Catholics were also among the founders of Maryland.  Identified as “papists” Catholics were subject to persecution in some colonies until at least the late 1700’s.

There is, of course, far more to this early history than I can presume to understand or to research for my brief summary.  But the ways in which the colonies formed, and the close proximity of these varied and sometimes conflicting religious communities impacted their lives and ours.  The tragedies of their time are truly that–tragedies: the introduction of slavery into the new world, the early wars with native American populations on the East Coast, and the Salem witch trials.  The great successes include, first and foremost, that the colonies became an incubator for the values important to us today: liberty, separation of church and state, freedom of religion and democracy that were nurtured and grew, for over 100 years before the “forging of one nation.”

Next:  From the wisdom of a few men, a great document. The United States Constitution.