Martha Gellhorn, Hemingway’s third (and last) wife discovered this late 19th century house and grounds in 1939.  It became their home for more than twenty years.  The villa sits in San Francisco de Paula, on the outskirts of Havana.  The lands, vegetation and imposing walls created a tropical paradise and a tranquility conducive to the peace Hemingway must have craved to enable him the ability to craft his art. 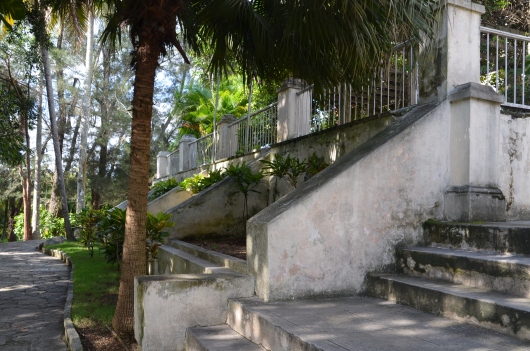 The house and gardens reflect Hemingway’s life and personality. His hunting trophies are spread throughout the house.

Understanding as she did her husband’s propensity to drink heavily, Gellhorn apparently preferred that Hemingway have a panoramic view of Havana without being close enough to the city to be subject to its many temptations.  The protection from the city may also have some responsibility for the protection the Hemingway’s seemed to have had from the violence of the revolution. 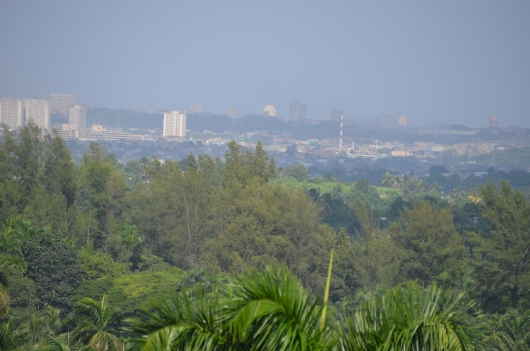 It is at Finca Vigia that he wrote seven books, including The Old Man and the Sea, Islands in the Stream, and A Moveable Feast.

Hemingway seems to have had a love affair with Cuba as he did with Key West, Florida.  While he is reputed to have continued his heavy drinking in Cuba as well as his romantic escapades, he must have been drawn to the Cuban people with a strength that remained unabated through the revolution.

In 1960, Washington made the decision to cut off relations with Castro’s government.  During that period, the U.S. ambassador to Cuba, Philip Bonsall, apparently requested Hemingway to abandon his Cuban home as a demonstration of his patriotism to the U.S. Hemingway refused to do so.  When he did leave Cuba, he left his furniture, clothing, personal property, manuscripts and his library. Local guides suggest that the U.S. pressure on Hemingway to leave Cuba contributed to his death. I know of no support for this claim.  Nevertheless, it is, perhaps, because Hemingway anticipated returning to the island that he left his home virtually intact.

Visitors can observe the conditions in which Hemingway lived and worked through the last years of his career.  Evidence of his personality and his love of literature are everywhere. Over 9000 volumes remain in the residence.

Three buildings are situated on the property, the main residence, this separate children’s/guest quarters, and Hemingway’s office where most of his typing appears to have been done.

His ability to remain in the property despite the reality of the revolution around him suggests at least a cordial relationship with the Fidel Castro, with whom he was occasionally photographed. 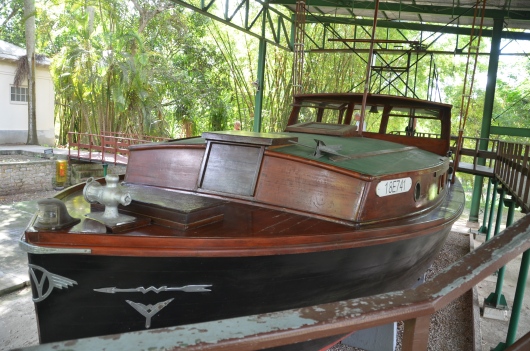 Hemingway donated the estate to the Cuban government.  The property has been restored through the combined efforts of the U.S. and Cuban governments, in one of the few cooperative endeavors in which the two countries have engaged.