Benjamin Franklin is one of our nation’s most beloved and celebrated founder. Truly a leader of men, he was a diplomat to France, author of the original Poor Richard’s Almanack, authored portions of the Declaration of Independence and was a delegate to the Constitutional Convention. And that is just the beginning of his talents and accomplishments.

Noted for both his eloquent descriptions of life and government, he could be witty, pithy and wise.  This wonderful sculpture of Franklin, created by George Lundeen, [1] sits by Latte Land on the Country Club Plaza.  Feel free to sit with him for a while.  There is plenty of room on the bench. 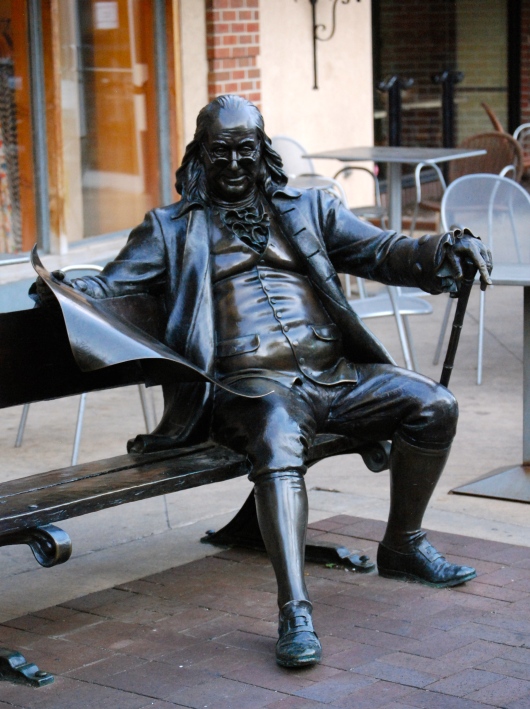 Where liberty dwells, there is my country [2]

[1]George Lundeen sculpted this wonderful bronze statue of Benjamin Franklin.  It is a warm representation of Franklin, one of a series of similar sculptures, large and small.  Lundeen’s creations include national heroes, child athletes, newspaper boys, Native Americans and others are charming and seem to capture the spirit of our national character.